Singapore has prided itself on its openness towards foreign talent and businesses for many decades. This has led to the country’s dependence on an open model for exponential and sustained economic growth.

Traditionally, high earning and experienced foreign professionals take up leadership roles in multinational corporations who have their regional headquarters based in Singapore, driving expansion and growth, thereby creating jobs for the locals. In recent years, as the country develops its technological prowess and future industries, highly qualified and experienced foreign professionals have been charged with crucial roles driving research and development in these sectors.

With Covid-19 affecting the economy and jobs for locals and foreigners alike in Singapore, local resentment has begun to grow, reaching almost a fever pitch. With economic uncertainty, unemployment and a constantly evolving fear surrounding the pandemic, these have become fertile ground for the breeding of extreme local dissatisfaction and resentment towards the foreign population in Singapore.

In order to effectively manage the unhappy local population, the government has responded with several local-first policies like:

Due to these changes and efforts on the government’s part to advocate for its local population, there has been a 14% reduction in the number of foreigners residing in the country, with many more expressing their own discontent with seemingly unfriendly policies. And to top it all off, local resentment has not diminished.

This therefore begs the question – is Singapore still going to be an open international hub moving forward? In a nutshell, the answer is simple – yes. In the country’s 2021 National Day Rally speech by Prime Minister Lee Hsien Loong, he spoke on these issues saying: “We must not turn our backs on them, and give the impression that Singapore is becoming xenophobic and hostile to foreigners…It would gravely damage our reputation as an international hub. It would cost us investments, jobs and opportunities.”

Singapore is still invested in remaining open to foreigners – the pandemic has highlighted a need for the country to continue investing into bolstering its own economic interests. As such, it has turned its focus to the future – digitising industries, developing sustainable solutions and green technology, and furthering the research and development of future industries like artificial intelligence. For this to happen, the country needs highly qualified professionals in extremely niche sectors, most of whom are foreign. It cannot afford to close itself off.

However, that being said, Singapore will continue trying to balance this need with the needs of the local population as well. The country will practice selectiveness in their open stance, strategically inducting foreign individuals who have the ability to drive industries forward, who are involved in regional expansions and are able to naturalise. This will present unique opportunities within the changes to immigration policies moving forward.

Rachael has relevant experience across the News, Marketing, Media, and Government sectors. She initially established herself in the Singapore inbound immigration sector handling and crafting client documents. Today, she is responsible for the company’s Corporate Communications and immigration advisory. Part of her role requires her to retain and develop the company’s reputation and image, through industry and policy research, formulating corporate strategies, pursuing education and engagement functions, and ensuring that internal and external messages are congruent with the brand. She also plays a key role in advising clients on post-submission matters. 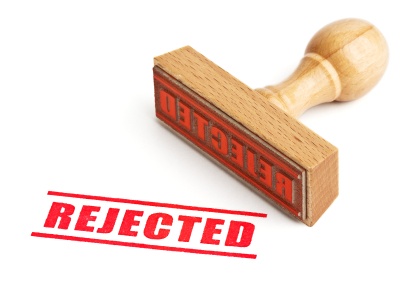 Why are many of my friends getting their PR rejected?

As Local Resentment Grows, will Singapore Continue to be an International Hub for Business?